Maricopa Integrated Health System (MIHS) approached us to help create an organic campaign for an amazing patient. Her name was Isabella and she was an 8-year-old burn survivor who wanted to meet Taylor Swift. They wanted to launch a “not so quiet” campaign to get Taylor Swift to come to MIHS prior to her Phoenix tour dates.

The IWS team immediately got to work recommending MIHS coordinate with the parents to craft an organic video that could be shared on various social outlets, we felt it was important to have a push coming from close to Isabella to really drive this strategy. In addition, we’d requested photos and stories to share to help curate the story via social media. 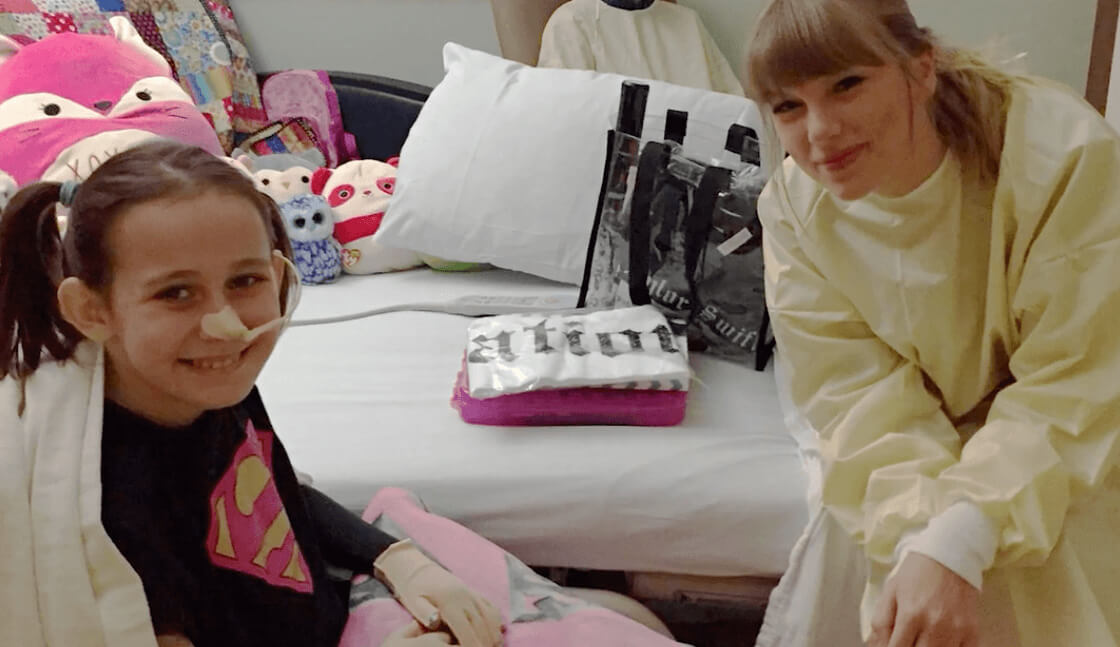 IWS suggested having Isabella’s mother create an organic video to share on her personal social media. Once the was video was created we recommended sharing it through the MIHS channels in an organic way.

IWS reached out to our entertainment industry contacts to get in touch with Taylor Swift’s management team.

IWS recommended MIHS craft an internal email for employees that encouraged members of the MIHS community to get involved and share their thumbs up photos using the campaign hashtag.

THE RESULTS SPEAK FOR THEMSELVES:

On May 5, 2018, due to the efforts of IWS and MIHS, Taylor Swift visited 8-year-old Isabella McCune in the Arizona Burn Center. The visit was timed before the start of Swift’s international tour, which happened to kick off in Phoenix, and garnered significant local, regional, and national press coverage.

Back to Insights
Previous Next